skip to main | skip to sidebar

Tranmere rushed out of the blocks scoring after 58 seconds. Greenacre turned it in from a Steve Davies cross. To be honest I have been drinkin a bit, so the facts might be a little wrong :)

It sounded like we were in control the whole game. I dont think Blackpool had one clear chance in the entire game, correct me if I am wrong though. Before the game some Blackpool fans spoke of some new "Pele". If there is any truth in that, the orginal Pele must have been some sad player. No disrespect though :)

The second half were much like the first. Tranmere controlled, and were very comfortable even though Blackpool has some posession. On 68 minutes the game was all over when Davies scored from an Shuker assist. I might add to this review tomorrow, as its completely shit. But I hope its at least entertaining. To be entirely sure that its not a complete disaster I have added some soundfiles below, including a report from Derek Jones. As I have said before. All my reviews are thru the eyes of the almighty DEREK JONES! We are second now, let it stay that way!! :)

Most of the games I report here, is through the eyes of Derek Jones. This game was no exception and I thought we sounded so comfortable for most of the game. It was almost a worrying sign that Brighton hardly ever caused us trouble. Especially in the first half it seemed like we were very much in control. It sounded like we could have been 2 or 3 up according to Mr Jones. Still Greenacres goal on 20 minutes was the only we should get. There was a mixup between two Brighton defenders, Greenacre took advantage and ran into the area. One Brighton player came sliding in, but he missed Greenacre with a mile. Chrissy poked the ball behind the Brighton keeper, 0-1

The second half also started quite comfortable. But I always had the feeling that we couldnt get away with it that easily. It was silent before the storm. The last 20 minutes we were hanging on. In injury time our penalty area sounded like a warzone with bodies everywhere. Blocking shots, clearing whatever it took to keep that ball out. Even though there were a lot of pressure, they only had one or two chances. Great battling performance in the end there, but it sure was a torture to listen on the radio.

Greenacres goal: http://media.putfile.com/Brighton---Tranmere-0-1
Posted by RMT at 4:07 AM No comments: 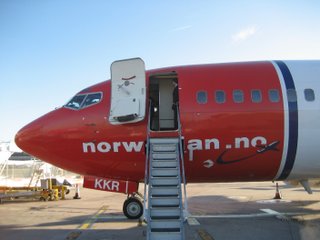 This was my first time in England, and of course my first time at Prenton Park. Due to a conflict in Norwegian the whole trip was in danger. There were negotiations 20 hours on overtime, and strike looked like a likely outcome. As our plane went on Friday morning we waited for an outcome before driving the 5 hour trip to Bergen. 18:05 we got the message that the strike had been avoided. We packed up instantly and left in a hurry. 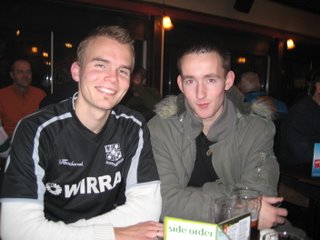 Exhausted as we were we went straight to our hotelroom and lied down for a bit. On the afternoon Eirik called me and asked if we should meet up somewhere. Eirik can be described as a very enthusiastic guy. He took us to a friend which drove us to Prenton Park. We went to the clipper for a meal before we went into the stadium. I ordered a steak. The lady in the bar asked me if I wanted it medium or well done. I chose medium. It tasted good but it was indeed very bloody. Eiriks friend said something like: " That steak is alive". I thought that was well put :) 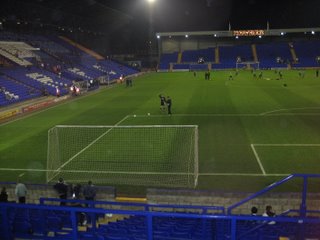 Some people warned be about the cold weather. As a fullblooded norwegians I took these warnings lightly. My thoughts were something like: " What do english people know about cold weather, it hardly ever fall snow here. Cold weather in England? Nahhh" But I was going to regret this underestimation. I was shivering at half time. When the final whistle were approaching I couldnt feel my legs. But still I was enjoying the game. Prenton Park is a great stadium, it has such soul. Its much better than I have seen on any picture.
The game wasnt great all the time, but I thought we did well in the first half. We were 2-0 up and scored one very nice goal. We even had one disallowed when Sheriff decided to pass when he was one on one with the keeper. The receiver of the pass was offside, bloody typical :)
I took a video of our second goal from McCready. This video can be found here:
http://www.youtube.com/watch?v=_iEckbBBC70
I met several people at the game. People that I have been speaking to on msn for several years. Such as Dave, Erik, Mark and Steph. I didnt talk enough to them I thought, but at least I said hi to them which was nice :)
Posted by RMT at 8:42 AM 1 comment: